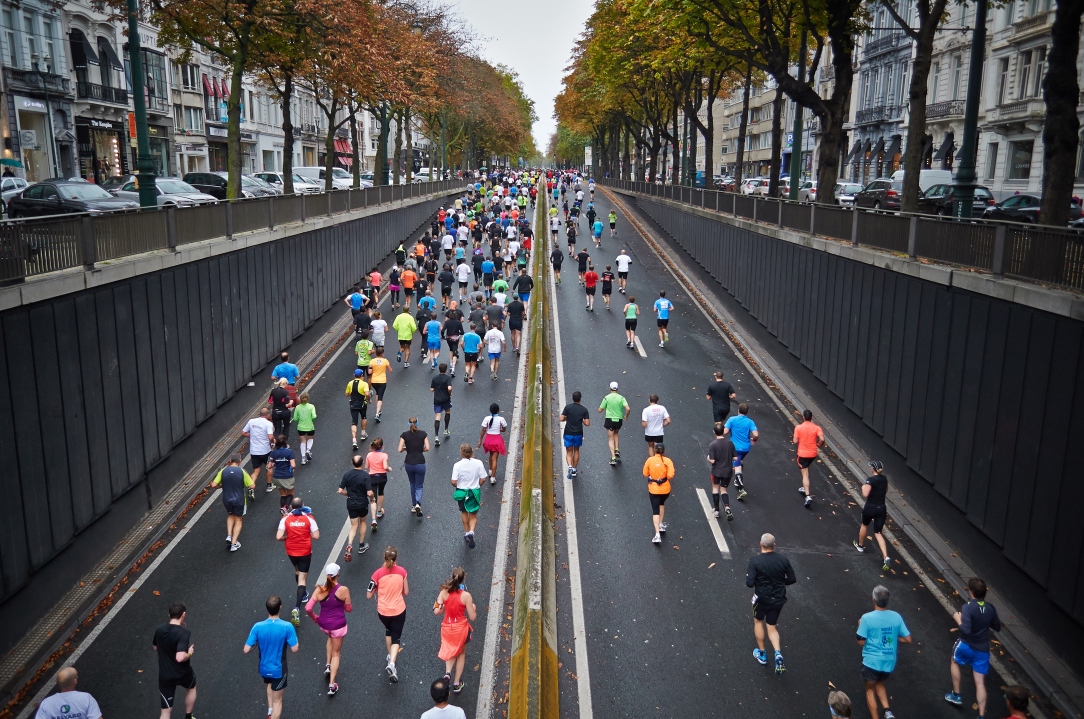 Cheating A Race Course Is Bad, But Here’s What Might Drive Someone To Do It

As you’ve probably already read, a New York City runner was recently busted for cutting part of the course of the Fort Lauderdale A1A half marathon this past weekend to score a second place finish.

Let’s talk about it.

Cheating during road races (especially marathons) and triathlons isn’t anything new. The concept of “bib muling” — or when a runner gives their bib to another person that can run a faster time — has also been around for awhile. But what’s different about this particular incident is that this runner (Jane Seo, a lifestyle blogger) vehemently denied cutting the course upon initial questioning from a race timer. Then, after she was challenged on her lack of Strava data, she went to extremes to cover her tracks by actually biking the full half marathon course while wearing her GPS watch. Her thoroughness did not fool very concerned citizen/sanctioned race watchdog Derek Murphy, who ousted Seo on his blog Marathon Investigation.

TL;DR? A runner who was affiliated with a prestigious NYC-based running group, The Dashing Whippets, cheated, then went through extreme measures of covering it up. Ultimately, she got busted.

Non-runners say marathoners and endurance athletes are crazy, and Seo’s actions aren’t doing anything to repute the idea. Her actions became a widely-circulated news story, and competing news websites were (more than) happy to call out Seo’s affiliation as a blogger for The Huffington Post (though the last time she blogged for them, it seems, was 2015).

Why does any of this matter?

Well, while I’m appalled by Seo’s actions and would never endorse cheating or cutting a course of any kind, I do think some of the backlash Seo has gotten is undeserved. She did make a mistake, and continued to lie through her teeth once her secret was uncovered — but honestly, sometimes the pressure to perform well can get the best of us.

I don’t mean to imply that everyone has cut a course, or been tempted to cheat. I actually think most runners who methodically track mileage down to the last hundredth of a mile are too fair and religious about the sport to even dream of stretching the truth. But I honestly can understand why someone might be moved to cheat.

Hear me out, before getting mad! An old coworker and friend who I worked with during my time at HuffPost, texted me about the matter, remarking that he found it weird that someone would cheat at something so “voluntary.” I responded with the fact that the pressure to perform is alive and well, even for those of us who KNOW the marathon, or running, is just a hobby.

Case in point: After I ran the Boston Marathon last year in a time that was significantly slower than my PR, I received many texts congratulating me on finishing another marathon. However, some people — people I call friends, even — didn’t congratulate me at all. They simply asked, “What happened?” — referring to my finishing time, and the fact that I had underperformed. They weren’t impressed that I’d run 26.2 miles in the blistering heat; in fact, they were quite the opposite. If I wasn’t running fast, or breaking my PR, I wasn’t deserving of their praise.

This wasn’t the first time I’d been grilled about my running performance. A few years ago after finishing a half marathon in a personal best time, my ex-boyfriend texted me after the race with a screenshot of my mile splits. He didn’t say, “Good work!” or “Awesome job!” or “Congrats, you did it!” Instead, he simply referred to my skewed split for the sixth mile of the course, which was significantly slower than the others: “What happened at mile six?” he wanted to know.

I knew he was partially kidding and messing with me, but I couldn’t help but feel like part of my post race enthusiasm was sucked out of me. There’s also the damaging saying, “You’re only good as your last run.” Um, can we not?

Still, I’m not condoning cheating, EVER. I just think that there is that pressure to perform that eats away at us — from our friends, our social followers, our coaches, and our running clubs and fitness groups — and can sabotage our healthy relationships with the sport. Maybe this type of pressure is what pushed Seo to cheat. I’m not saying it’s right, I’m just saying that I would consider this before posting or saying something nasty about the situation.

A lot of people and even fellow athletes have jumped at the chance to berate Seo online, and it’s disheartening. The running community I know is a strong and uplifting one, not one that attempts to tear each other down through online comments. When someone cheats, or dopes, or sabotages another runner, they make the sport weaker. We don’t have to condone cheating, and we can support taking actions that prevent this kind of behavior from happening again (like revoking her membership from The Dashing Whippets, or being banned from sanctioned races for a period of time). But let’s remember that everyone makes mistakes, we all can identify with that pressure I am referring to, and ultimately, we’re stronger when we run together (or at the very least, cheer each other on).

Oh, and as for mile six of the D.C. half marathon my ex was challenging me on? There was a hill, and I stopped to use a port a potty 🙂

Image via Pexels, words via me

1 comments on “Cheating A Race Course Is Bad, But Here’s What Might Drive Someone To Do It”